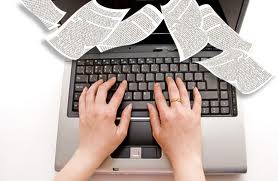 In previous posts I explained how to manage students in classroom and how to deal with them using different ways. Now, here are some tips -I found in ed-week.org on how to use cold calling, to engage them more in the learning process:

Chris says, “When I use this co-teaching, I do it on the computer, and keep track of student responses. There is a key for question asked (no answer), answered incorrect, answered correct, and skipped. My co-teacher asks me who to call. That way, I still have some choice, if I need to skip a struggling reader during a group read, for example. When I am working solo, I print the sheet out and put it on a clipboard, and make quick notes for later. Not only does it spread out questioning, it can show patterns of answering/not answering/avoidance, and gives some accountability when you say ‘I’ll come back to you,’ to a kid.”

It’s inevitable, of course, that some students will feel uncomfortable at first in a classroom where they can’t stand on the sidelines. But as I wrote before, it’s important to put students on the spot now so they’re prepared when a professor or boss puts them on the spot later. And besides, in my experience, after just a few weeks of cold calling, most students warm up to it.